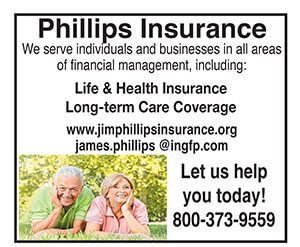 Kyle has lived and worked in and around Clay Center all of his life. He and two other investors bought KFRM in 1996 and rebuilt it as one of the leading agricultural stations in the country. Serving as the general manager for KCLY and KFRM radio as well as program director and sales manager for KFRM, Kyle finds it easy to keep abreast of the organization.
Kyle graduated from Kansas State University in 1980 with a bachelor’s degree in Agricultural Economics.

Email: angiek@kfrm.com
PHONE: 785-632-5661 EXT. 240
Well here I am….still living the dream by putting my Fashion Merchandising degree to good use as the KCLY/KFRM Production Manager. I worked as the Traffic Manager at two radio stations in Manhattan, Kansas, prior to moving to Idana and working at KCLY. I really enjoy my job! I mean writing commercials is easy; you just sit at the keyboard until little drops of blood appear on your forehead. I have also returned back to host the overnight show “The Night Shift”. My three baby boys, Brandon, Brian & Bradley are all grown up and playing real life soldiers in the Army National Guard. I am enjoying playing Gigi to my sweet grandbabies Bo, Andy, Ben & Nola. Life is good!

Joyce Beck has been working for KCLY/KFRM in the sales department/Sales Manager since 1990. After years of experience Joyce still thoroughly enjoys working with her clients and helping to build/grow their business. It is so rewarding to see her client’s businesses grow/change by using KCLY/KFRM. Joyce has been married to her husband since 1984. They enjoy time with their grown children, son-in-law, daughter-in-law, and grandkids.

Joyce enjoys time spent with family and friends, riding in the mountains, and camping in that natural beauty, and traveling in general to just about anywhere!

Email: news@kclyradio.com
Phone: 785-632-5661, ext. 238
Jon currently works as the Assistant News Director for KFRM and KCLY. He reports the news for the Noon Kansas Journal Entry and the five o’clock news for both stations.

After graduating High School, Jon moved out of Clay Center to Hays and attended Fort Hays State University for several years before joining the Marine Corps Reserves in April of 2017.

After graduating High School, Jon moved out of Clay Center to Hays and attended Fort Hays State University for several years before joining the MariAfter joining, he met Mara Geschwentner, who he is now in a relationship with, and her one-year-old son, Bentley. In April of 2019 he joined the KCLY/KFRM team and moved back to Clay Center. A few months later Mara and Bentley joined him in Clay Center.ne Corps Reserves in April of 2017.

Email: jamie@kclyradio.com
Phone: 785 632-5661 ext. 221
Jamie Bloom is a Clay Center native who has spent a number of years working for KCLY, beginning in high school when she worked part-time, spinning records and engineering games. She has a degree in Broadcasting from Kansas State University. She has been married to her husband, Caleb, since 1992, and they have three children: Alyx, Zeb and Zane. Her spare time is spent attending her kids’ many sporting events and activities. She also enjoys photography, and loves a good flea market!

Garla works part-time in the production department and has won a number of KAB awards. She also teaches pre-school during the school year. She has three children and three step-children. Her husband is an RN and as served in Bosnia and Afghanistan as a National Guard Medic. Garla is the church pianist, Sunday School teacher, and 4-H Community Leader. She enjoys home improvement projects, playing softball, volleyball, water skiing, snow skiing and jogs almost daily. She and her family live in the country, just a half mile from the farm where she grew up.

Email: clay@kfrm.com
Phone: 785-632-5661 Cell: 785-466-0090
Clay began working for KFRM in the spring of 2002 and works out of his home near Council Grove, Kansas. He is a graduate of Kansas State University with a degree in Animal Science and Industry with a Business option. Clay and his wife Lori have two children, Carissa and Cassidy. They along with his parents own and operate Dalquest Farms a cow/calf operation that raises registered seedstock and show cattle.

Email: robins@kclyradio.com
PHONE: 785-632-5661 EXT. 232
Robin has been with KCLY/KFRM since 1995 as a sales representative. She was born and raised in Dickinson County and is a graduate of Kansas State University.

Robin and her husband Mike reside on a farm north of Clay Center with their two children Courtney and Colby. When not working, Robin enjoys keeping up with her 2 children and spending time with her husband.

Rocky is a native of Warsaw, MO and is a graduate of William Jewell College in Liberty, MO. He has been the Sports Director of KCLY FM and KFRM AM radio since 1995 and was named Station Manager in 2007.

Rocky has earned several broadcasting awards from the Kansas Assoc. of Broadcasters; highlighted by being named the Hod Humiston award winner for contributions to Kansas Sports Broadcasting. He has gained 1st Place Awards in Play-By-Play in 1994, ’96 ’98 and 2001. He’s also been a second place recipient and honorable mention numerous times. Rocky has been awarded eight other KAB Awards in Sports Broadcasting. The Kansas Athletic Assoc. of Administrators named him “Sportscaster of the Year” twice, most recently in 2002 and he was named “Sportscaster of the Year” in 2000 by the Kansas Wrestling Coaches Assoc. In 2007 he and Assistant Sports Director Joe Woodyard were honored to receive the Kansas Basketball Coaches Association Media of the Year.

Rocky in the past has coached 8th grade basketball and football and was an assistant coach for the high school baseball team.

When he’s not on the air, you’ll find him as often as possible on the golf course.

Rocky is married with two children.

Duane is currently the Farm Director for KFRM 550 AM radio. His live broadcast shift is from 7:00 am to 10:00 am, an 8-minute segment for the noon news and a number of other programs that air during the day. Duane also does the 11:40 Market Update, Ag News, and Listeners Classified on the sister station KCLY.

Prior to joining the broadcast world in August, 2001, he was a county extension agent for nine years. Why the switch? He’s claiming it was a mid-life crisis and it happened early enough that he may have another. The jobs are really very similar in terms of airing news and information to producers, hopefully improving their bottom line. His wife just says he likes to talk a lot so it’s a natural fit.

Angie and Duane have three children and enjoy traveling to fairs. Family vacations tend to coincide with livestock shows. They have a lot of fun showing sheep, goats, hogs and chickens. 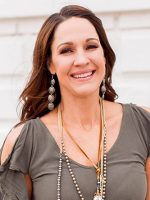 Email: jess@kfrm.com
Phone:  785-477-1941
Jessica grew up on a central Kansas cattle ranch and farming operation. She and her family are a fourth-generation family business, and she hopes one day her boys, Ty and Mason, will be the fifth. They run a commercial SimAngus cow-calf operation and use their spring-calving cows as recipients in a pure bred embryo transfer service. They also assist in the Ahlquist Farms operation with her dad and brother. Jess enjoys helping companies and producers reach their goals by showcasing their products and services to cattle producers and cattle feeders.

Fun fact: Jess and her family recently added Spanish brush goats to their operation. The goats aid in pasture management, and the Ebert family also sells the goats for meat.

Julie was born and raised in Minneapolis, KS. She was raised with three older brothers on a farm near Bennington, KS. Her father taught her how to fish and hunt and the love for the outdoors. Her fondest memories are of spending time fishing with her “Granny”. She is a proud parent of three children; two girls and one boy. Julie has worked in the Clay Center community since 2001. In her down time, she enjoys spending time with her children and grand “fur-babies”, reading, listening to music, fishing, and just being outdoors.

Phil is our After Hours Manager for both KCLY and KFRM, supervising nighttime and weekend programming and personnel. He is also Assistant Sports Director and is the voice of KCLY community sports. Phil is the host of Flip Thru the 70’s on KCLY every Saturday night and Monday thru Friday from 6pm-10pm can be heard on the Vinyl Years along with Rocky Downing.

Phil was born and raised in Clay Center and attended Cloud County Community College and Kansas State University. He also served in the U.S. Air Force for 8 years. Phil has been a coach with the Clay County Football Association for several years. Phil’s wife, Jolie, is a dance teacher with studios in Clay Center and Concordia. They have two kids, Jace and Jalyn.

Phil has a large music collection and has a special interest in vinyl. He enjoys all sports, especially the ones his kids are participating in. Phil and his family are avid motorcycle riders and enjoy spending free time on their dirt bikes.

Jim joined the KFRM staff in September of 2006 and operates the 10:00 am to 2:00 pm shift. He also does Ag Perspectives, the afternoon Ag News, and the 9:40 Market Update on sister station KCLY-FM. Jim and his wife Pam were married in 1979 and have one son, Patrick who attends college at Bethany College in Lindsborg, Kansas.

Jim is a transplanted Iowan who moved to Kansas. He graduated from the University of Iowa in Iowa City. In his spare time, Jim enjoys attending and watching all types of sporting events, spending time with friends and family, reading and traveling.

Email: rcowboy@kclyradio.com
PHONE: 785-632-5661 EXT. 237
Cowboy keeps KFRM and KCLY on the air. He has been involved in radio since 1985 and has done about all facets of radio including on air personality, production, even sales. But engineering is definitely his favorite. He has been the long time host of “Sunday Meetin Time”, a southern gospel – Christian country music show on both, KFRM and KCLY.
Cowboy has been married to his wife Dana since 1986 and they have four children and one grandchild. You can usually find Cowboy riding his iron horse with the Christian Motorcyclist Association during his spare time.