Clay Center, KS- With the general election taking place on November 8th, we took this time to reach out to candidates to see what they had to say on some important topics to Kansans. Here are the responses we received back for those running for Kansas Senator. 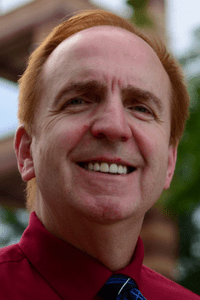 David Graham, Libertarian Party, is running for election for Senator in Kansas.

– What are the three most important issues facing Kansas and how would you prioritize them?

The three most important issues are reducing the size of government, criminal justice reform, and a smarter national defense.  These issues are highlighted on my website: Graham4Senate.com.

– What are your goals for the office?

As a United States Senator, I want to reduce the size of government, reform the criminal justice system, and make our national defense smarter.

– What efforts would you support to promote fair election laws that provide for easy access for Kansas voters?

I favor paper ballots which are counted in the open, subject to public view.  I would continue to allow absentee ballots for those who need them, but would eliminate early voting.

– What is your position on expanding Medicaid? Why? Would you be supportive of putting Medicaid Expansion on the ballot?

The free enterprise system is the best way to deliver the best products and services to the most people at the lowest cost.  I oppose government interference in the health care system.  So, I oppose expanding Medicaid or putting it on the ballot.  It the free market were allowed to operate, no one would need medicaid.

– What is your position on gun control and the issue of gun violence? What, if any, changes would you propose to current laws?

I pledge that as a United States Senator, I shall never vote for more national gun laws.  To address gun violence, the national government should repeal laws which restrict states from enacting their own gun laws.

The federal government should have no roll in education.  As a United States Senator, I shall introduce legislation to abolish the federal Department of Education.

– Do you support the formation of a non-partisan committee to address redistricting in Kansas?

– How do you believe transparency in the legislative process can be improved? Should all proposed legislation have listed sponsors and open hearings with public advance notice to allow for voters input?

– What is your position on how Kansas Taxes should be structured?

All taxes, especially the sales tax, should be greatly reduced.

– What are your views on a woman’s right to control decisions regarding their own reproductive healthcare?

The wording of this question is disingenuous.

– What are your views on recreational and/or medical cannabis?

– Why should voters cast their ballot for you?

I am an outsider.  If elected as a Libertarian, I am not beholden to either major political party or its leaders.  I can do what is best for the United States.  With the Senate being almost evenly split, both sides will be coming to me.  Kansas will benefit.

Unless we change the people going to Washington, we are not going to change what is coming from Washington.

Go to Graham4Senate.com for more information.  Contact me with any questions.